Are judiciary systems in Latin America ready for AI adoption?

The pandemic has only increased the visibility of technology in our lives and institutions. We interviewed Carolina Aguerre, Co-Director of the Centro de Tecnología y Sociedad (CETyS) at the Universidad de San Andrés in Argentina, about research underway on the use of artificial intelligence (AI) in the administration of justice in Latin America. This work is supported by a 2020 grant from Tinker.

What are some ways artificial intelligence is already being used in Latin American justice systems?

AI systems are spreading to more sectors and having a greater presence in many of the processes that we take for granted in our daily lives. AI is a catchword for many forms of automation and data processing, some of which have been used for decades, but its development over recent years has positioned it as a key technology that has the potential to re-write some of the existing formal and informal rules that shape institutions and organizations, including in the justice sector.

The judiciary systems in many Latin American countries have begun to engage with the adoption of different forms of what we could label as “new generation” AI, in most cases still timidly, in others more prominently. This new AI has the potential to learn autonomously, detect patterns, and predict outcomes that would take thousands of hours of human work to accomplish. (The “new generation” of AI systems that learn autonomously from humans are generally labeled under the machine learning concept).

What potential challenges does this present?

While other sectors (such as banking, advertising, tourism, health) may have advantages when reducing their information into machine-readable and processable data, judicial decisions rely on words. In most cases, legal doctrine is built upon the judiciary’s interpretation of those words. This presents a practical problem when it comes to the use of AI in the judiciary since the expansive, dynamic, and fluctuating semantic field of words can contain several meanings and Natural Language Processing techniques, the most commonly used AI approach in this sector, cannot address precisely these nuances in context-specific ways.

The use of AI in judiciary systems also raises major questions about ethics and trust. Effective judiciary systems enable the exercise of fundamental rights as well as the fabric of social and economic daily life. While Latin America has shown signs of a democratic consolidation over the last four decades, access to justice and justice efficiency still stand out as democratic governance deficits. If not handled well, introducing AI could deepen distrust rather than making judicial systems more effective and credible.

How do you think the pandemic will affect the use of AI in judicial systems in Latin America?

COVID-19 has accelerated demands for State responsiveness at all levels, and in many national contexts in the region evinced the need for more profound transformations that go beyond digitization. We are now asking ourselves how systems can better serve citizens by maintaining their functions even in times of crisis. The judiciary sector was one of the least receptive to provide services in the face of the lockdown measures in many of the countries we are studying.

When we started thinking about this project over a year ago at CETyS in conjunction with colleagues at Universidad del Externado (Colombia), Universidad Católica de Chile, Universidad Católica del Uruguay, and CIDE (Mexico), we were aware that many of the uses surrounding AI could effectively address delays and backlogs. Timely judgments are an essential element of any inclusive and reliable judiciary system, but still lacking in most Latin American contexts. What we could not foresee is how rapidly the need to review AI’s potential impact on judiciary responsiveness could become critical in the context of a pandemic. Justice actors are showing even more interest in exploring and implementing AI, but there is still the need for caution for all the reasons I mentioned earlier.

Tell us more about the project you’re undertaking with support from Tinker. What are you hoping to achieve?

This project assesses the “readiness” of judiciary systems in adopting AI systems, particularly those with the greatest disruptive functions based on machine learning in the Latin American context with everything that it implies in terms of institutional capacity, technological literacy, and access to AI systems. The study seeks not only to diagnose the level of preparation, discussion, and implementation in five countries (Argentina, Chile, Colombia, Mexico, and Uruguay) but to propose a framework for the future assessment of AI systems’ deployment in other Latin American contexts. Our work centers on human rights and sustainable development considerations alongside the technical issues.

The framework we have consolidated over the last four months – which is now being used to inform research in the five countries – maps country status with respect to other indicators such as technical and digital capabilities; public sector actors and existing norms that approach AI and related technologies; governance processes of judiciary modernization; capacity and pre-existing conditions for the adoption of AI in the country; and opportunities and challenges of AI for the judiciary.

What do you hope your work on this issue adds to the conversation?

Our framework contemplates the insertion of AI technologies not merely as a technical construct but in their potential for support, improvement, and even radical transformation as part of Latin American countries’ broader policy efforts. AI can improve accountability and efficiency and reduce workload in very cost-effective ways. But at the same time, there are profound risks associated with its misuse, lack of knowledge of how it works, as well as problems that are inherent to the design, implementation, and (ir)responsible use of these systems. At the heart of these concerns are ethical and normative approaches to aspects of accountability, fairness, access, transparency, and interpretability. These consequences not only apply to the judiciary but in the context of the development of a highly sensitive function as is the administration of justice, it is even more important to have a solid approach to guide any decision of adoption of AI systems based on machine learning for judiciary functions.

One of the most sensitive issues is addressing the radical scenario where AI could be used to replace the function of human-based judgments in court. For example, in Brazil, an AI system called Socrates has been trained with 300,000 cases and it is used to readjust health plans or indexes for the correction of public utilities that affect thousands of citizens, examples of the so-called “repetitive demands.” But even though this country exhibits one of the highest uses of AI systems, judiciary authorities are not encouraging the use of AI in sensitive and highly context-dependent cases such as those related to family law.

In our initial stages of research, we are finding a similar pattern in the five countries: AI is beginning to be used or is planned to be used in the near future tied to a digital modernization to support and improve judiciary operations. This follows our hypothesis that AI will be more responsibly and effectively implemented when it is inscribed in a broader framework of digital transformation for judiciary functions and when these reforms are grounded in ethical principles and constitutional rights.

How do you plan to ensure your findings reach decision makers and ultimately influence practice?

The project will have two main outputs: a publication and workshops in which we launch the research in each of the five countries. These launches will enable us to engage with relevant stakeholders such as judiciary operators, judges, scholars, AI consultants, vendors, and journalists. Meanwhile, the report will be used as a baseline for a broader discussion about the issue that we hope generates critical awareness and a community around the topic. In the longer term, we expect the publication of the country research and the framework, as well as the workshops to discuss the research with the community, to inform the judiciary’s adoption of AI systems. 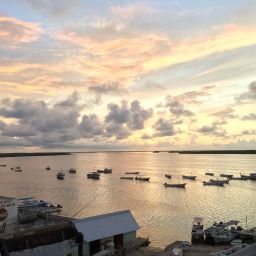 Environmental Law Institute’s team in the Yucatán is helping fishing communities use the power of legal and technological tools to thrive. 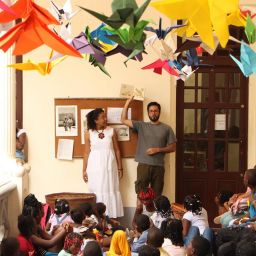 The Corporación Educativa y Cultural Motete (Motete) promotes cultural and educational activities for children and adults in the Colombian department of Chocó, on the Pacific Coast of the country.

Two leading journalism organizations are teaming up to promote rigorous reporting on solutions to social problems in Latin America. 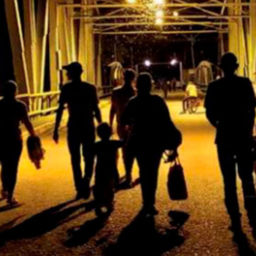 With a political, economic, and humanitarian crisis at home, millions of Venezuelans are on the move.